Poland and USA reach no progress in missile defense talks

A chief aide to Poland's Prime Minister Donald Tusk says there has been no recent progress in talks with the United States on missile defense. 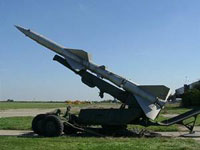 Poland and USA reach no progress in missile defense talks

Slawomir Nowak is blaming the lack of headway on Washington, which he says has toughened its stance.

Washington wants to set up a military base in northern Poland where it would place 10 missile defense interceptors. It says the goal is to protect Europe from possible attacks from Iran.

Nowak said on state radio Tuesday that the Americans "have toughened their position in talks with our negotiators. We see no progress."

Negotiations have been going on for a year and a half. They have bogged down over Polish demands for more military aid in exchange for letting the U.S. set up the base.

Since 2002, the US has been in talks with Poland and other European countries over the possibility of setting up a European base to intercept long-range missiles. A site similar to the US base in Alaska would help protect the US and Europe from missiles fired from the Middle East or North Africa. Poland's prime minister Kazimierz Marcinkiewicz said in November 2005 he wanted to open up the public debate on whether Poland should host such a base.