By Anastasia Tomazhenkova: Police found the body of a newborn girl in plastic bags in her mother's home. The baby's mother was sentenced to between two and nine years in prison. 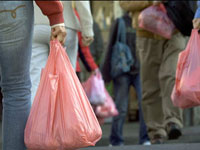 Jennifer Strelnik McKendree, 34, had hidden her pregnancy from her family. She told the judge she was sorry for what happened.

"Not a day goes by I don't think of her, tell her I love her and think of what might have been," wept McKendree. She was pleaded guilty in December to involuntary manslaughter.

The baby's body was found the next morning in two plastic shopping bags under a laundry table in the basement. Authorities said the cause of death was asphyxiation.

Before sentencing, a prosecutor read a letter to the judge as if it had been written by the dead child.

"My life was smothered by my mother after I was put in a plastic bag in trash with tissues, plastic wrappers and a disposable razor," prosecutor Tamara Bernstein said.

"She and her family have sustained almost immeasurable grief, pain, humiliation and loss that will be lifelong," he said. "No sentence will remove the stain nor the memory of the incident."

McKendree, who gave birth to a baby girl in September, also pleaded guilty to child endangerment, reckless endangerment, abuse of a corpse and concealing the death of a child.