By Margarita Snegireva. A magnitude 6.8 earthquake rattled New Zealand in the east. Power lines were cut off, but no more damage or injury were reported. 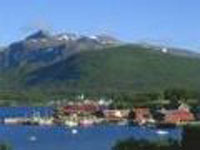 The centre of earthquake was in the Hikurangi undersea trench off North Island . It hit about 8:55 p.m. local time (0755 GMT), locating 50 kilometers (30 miles) southeast of Gisborne.

The U.S. Geological Survey recorded the quake at magnitude 6.6.

"We have got a lot of damage and are still assessing the situation," police inspector Waata Shepherd said by phone from Gisborne.

"We have no injuries," Shepherd said. "Some roofs have collapsed. We are still trying to ascertain the amount of damage."

Power lines were down in some areas, and the quake left a huge hole in one of Gisborne's main roads, he said. Police secured the city's central business district where some roofs had collapsed and buildings were damaged, and power has been restored at the local hospital.

"We're currently ... trying to ascertain what damage has been done" across the city area, he said.

The National Crisis Center was activated to assist local agencies dealing with the quake's aftermath, said a spokeswoman at the Civil Defense and Emergency Management Ministry who declined to be named citing policy.

The temblor did not trigger any tsunami warning at the Pacific Tsunami Warning Center in Hawaii.

Shepherd said he had heard no reports of tsunami waves, but police were advising residents to remain in their homes.

Callers to NewstalkZB radio said the quake sent television sets and other household appliances crashing to the floor, but that the lack of power made it difficult to assess the damage to their homes.

One caller, who identified himself only as Brian, said his family sheltered in doorways as the quake rocked Gisborne.

Murray McPhail, who lives about 10 kilometers (6 miles) outside the city, said the quake caused waves in his swimming pool.

"Stuff came out of cupboards, bottles fell off walls, ornaments fell," McPhail told NewstalkZB. "It was pretty violent. It was certainly a decent shake."

The Geonet Web site operated by GNS Science said while the quake was felt across much of New Zealand, its impact was particularly felt along the east coast of North Island .