FDA calls alert: nonoxynol-based contraceptives do not protect from AIDS

(by Margarita Snegireva) U.S. officials required that some producers of contraceptive gels, foams, films and inserts should carry a warning on their label that they do not protect against such diseases as AIDS. 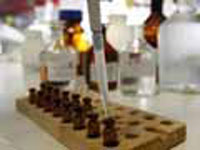 FDA calls alert: nonoxynol-based contraceptives do not protect from AIDS

The U.S. Food and Drug Administration will require the warning on over-the-counter products containing nonoxynol 9, used in many stand-alone spermicides.

"FDA is issuing this final rule to correct the misconceptions that the chemical N9 in these widely available stand-alone contraceptive products protects against sexually transmitted diseases," Janet Woodcock, FDA's deputy commissioner for scientific and medical programs, said in a statement.

From 1996 to 2000, a UN-sponsored study carried out in several locations in Africa followed nearly 1000 sex workers who used nonoxynol-9 gels or a placebo. The HIV infection rate among those using nonoxynol-9 was about 50% higher than those who used the placebo; those using nonoxynol-9 also had a higher incidence of vaginal lesions, which may have contributed to this increased risk. Regular use of nonoxynol-9 likely increases the risk of infection with sexually transmitted human papillomaviruses (HPVs) that can cause cervical cancer. While these results may not be directly applicable to lower-frequency use, these findings combined with lack of any demonstrated HIV-prevention benefit from nonoxynol-9 use have led most major health agencies to recommend that it no longer be used by women at high risk of HIV infection. The WHO further notes that "Nonoxynol-9 offers no protection against sexually transmitted infections such as gonorrhoea, chlamydia ."

Nonoxynol-9 based products (including condoms containing the spermicide) should not be used for prevention of HIV or STDs or for contraception between non-monogamous partners because of the increased risk of infection by HIV or sexually transmitted infections. However, non-spermicide condoms are available and are still highly successful at preventing both pregnancy and STD transmission.

Frequent use of nonoxynol-9 is linked to higher risk of urinary tract infections(UTIs).