Lilly's CEO and chairman of board to retire

Eli Lilly and Co.’ Sidney Taurel will retire as chief executive on March 31 and will step down as chairman of the board at the end of 2008, the company said, adding that President and Chief Operating Officer John C. Lechleiter will take over as CEO on April 1. 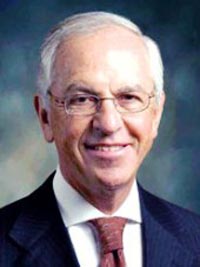 Lilly's CEO and chairman of board to retire

Taurel said in a statement “I am grateful to have spent nearly 37 years with this great company, and deeply honored to have had the opportunity to lead it for the last ten. John has been preparing for his new role as my successor for several years, and 2008 is the right time for him to assume his place as the leader of the company.”

Lechleiter –who joined the company 1979 - will continue as preseident in addition to his new role of CEO. He has served as president and COO since October 2005.

It also aims to have 10 drug compounds in late-stage clinical testing by 2011 and wants to launch two new compounds per year beginning in 2011, increasing to three per year by 2014. The forecast has been a boon to Lilly's shares, as most major pharmaceutical stocks have fallen as investors become apprehensive about expiring patents on blockbuster drugs which have driven profits for years.