Southern California survived the Pacific Northwest storm without any damages, mudslides or flooding that had been expected. 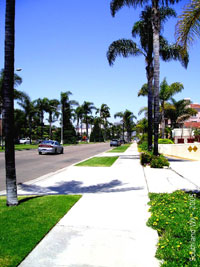 But the mountains of Nevada and Colorado received as much as 2 feet (60 centimeters) of snow early Friday, delighting ski resorts.

In Southern California , the storm system moved through so quickly that there was little rain to bring the region's fire-scarred hillsides down in flows of mud and water.

Barely an inch of rain was reported in coastal and valley areas, with as much as 2 inches (5 centimeters) falling in the mountains, the National Weather Service said.

An evacuation order for about 1,000 homes in three Orange County canyons was canceled after the predicted deluge failed to happen.

Most residents gambled that the hillsides, left blackened and denuded by the recent fires, would hold up.

Elsewhere, rain-slicked roads led to multiple traffic accidents. In Burbank, firefighters rescued two people whose car went off the Interstate 5 highway shortly after 5 a.m. and overturned in 2 feet (0.6 meters) of water in the Los Angeles River.

In Washington state, crews reopened a 20-mile stretch of Interstate 5 to all traffic Friday, four days after it was swamped by floodwater after a previous storm system crashed through the region.