Encephalitis kills more than 500 children in India this year

Nearly 500 children died of a mystery strain of encephalitis in northern India this year. The situation seems to get worse. 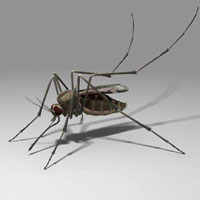 Encephalitis kills more than 500 children in India this year

Doctors in Uttar Pradesh state, the center of the outbreak, have been unable to identify the strain of the disease, which has affected only children, killing 484 of them since the beginning of the year, said state Health Minister Anant Kumar Mishra.

And the outbreak is spreading quickly, doctors said.

"There has been a sudden spurt in encephalitis cases over the last month. Over 100 children have died and encephalitis cases are pouring in from eastern parts of the state," said Dr. Akhilesh Srivastava, a senior government doctor.

Outbreaks of mosquito-borne encephalitis are common in Uttar Pradesh, a state of 180 million people where most public health facilities are out of reach for the overwhelmingly poor population.

A recent vaccination campaign against Japanese encephalitis was a success with only a few fatalities reported this year, down from more than 1,400 in 2005.

But doctors have not been able to identify the new strain.

"Directives have been issued asking doctors and scientists to identify the encephalitis strain at the earliest," said Mishra.

The problem has been made worse because many people delay bringing their children to hospitals or seek traditional treatment first, said Srivastava.

"We cannot do anything if children come to us at the last minute," he said.