Nicolas Sarkozy comes out on top after 9 days of strikes 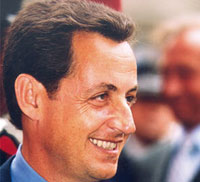 Nicolas Sarkozy comes out on top after 9 days of strikes

Yet tensions lingered as the walkout wound down and train traffic began resuming Friday. Violence by protesting students prompted the Sorbonne university to shut down, and highlighted worries about how Sarkozy and his compatriots will weather his painful plans to remake stagnant, reform-resistant France.

Sarkozy scored what was seen as a necessary victory for his broader reform agenda by facing down rail workers angry over his plans to make them work longer to earn a pension.

"This reform, I promised it, I stuck to it," he said in a confident speech Friday.

On Thursday, train workers agreed to return to work on the promise of talks that could soften though not compromise the retirement reform.

By holding firm against the rail drivers, Sarkozy was hoping to break the unions' instinctive recourse to strikes, as Margaret Thatcher did in standing down coal miners and Ronald Reagan did with air traffic controllers in the 1980s.

Sarkozy craftily drove a wedge between moderate and militant labor unions during the protracted transport strike, and the opposition Socialists were at a loss to resist his methodical war-waging tactics. Sarkozy expressed hope that in the future, unions "will always prefer negotiations to confrontation."

That would mark a major change for France.

Sarkozy's election in May on a platform of dramatic "rupture" with the past showed that most French are ready for change. Commuters long accustomed to labor walkouts lost patience quickly with this transport strike, and were quick to slam the striking train drivers for defending privileges most see as unfair.

But millions voted against Sarkozy, and are not ready to give him free rein.

The talks with the rail drivers are certain to be tense, and some unions are threatening new strikes if they don't produce enough concessions. And the retirement reform is just one small thing Sarkozy has up his sleeve for France's future.

He says France has too many civil servants who are dragging down the indebted government. France's 5 million civil servants don't all agree, and many are resisting job cuts and demanding better pay. They held their first strike Tuesday and are threatening more.

Sure to be sensitive is Sarkozy's plan to jettison the complicated and rigid system of job contracts that underpin France's work force.

And then there are the restive universities. The Sorbonne campus was shut down Friday after violence between students protesting a university financing reform and other students trying to get to class.

Students have been blocking the landmark Left Bank building for days, but on Friday resorted to "physical violence," the administration said, shutting the school until Monday. High school and university students are planning new protests Tuesday.

Travelers welcomed improved traffic Friday, though restoring full service to the nationwide rail service and public transport in Paris and other cities was expected to take days.

In a clear sign the strike was ending, some Metro stations started collecting tickets again Friday. During the strike, transport on the few operating subway trains was free.