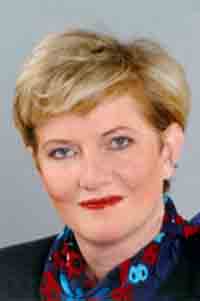 Parliamentary officials from Hungary and Germany paid tribute to some 200,000 ethnic Germans expelled from Hungary after World War II.

The deportations, based on the concept of collective guilt, were carried out between January 1946 and September 1948.

Hungarian Parliament Speaker Katalin Szili said the end of communism had allowed the deportations to be discussed openly, as previously they had largely been a taboo subject.

"Wounds can be healed only if we can express the horror inside us, if we name those responsible and we apologize to the victims," Szili told hundreds of people attending the conference in parliament's Upper Chamber.

"For us politicians, it is our duty to say - in place of our predecessors responsible for the shameful political decisions - 'We are sorry!' ... and 'Never again!"' Szili said.

German Bundestag President Norbert Lammert also spoke at the commemorative event titled "Mit einem Buendel...," or "With one bundle...," a reference to all the deportees could take with them when made to leave their homes.

"Hungary's Germans were among those who had to pay for the sinful actions of Nazi Germany with immense suffering and the loss of their homeland, possessions and roots," Lammert said.

Lammert also emphasized Hungary's role in the post-communist reunification of Germany. In 1989, when Hungary was still a Soviet satellite, it allowed tens of thousands of East Germans to cross the Hungarian-Austrian border and continue to West Germany.

"What began at the Austrian-Hungarian border sped up the turn of events which led to the peaceful and free unification of Germans," Lammert said. "Hungary knocked out the first brick from the Berlin Wall."