Maximiliano Moralez, who succeded in Argentina's soccer team, which won the under-20 world championship last month, is moving from  Racing Club to FC Moscow in the Russian league. 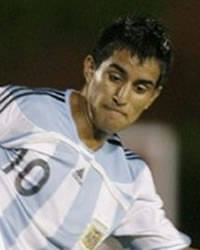 "It hurts me to say so, but the offer is too good to pass up," Moralez said Tuesday.

The 20-year-old forward said goodbye to his Racing teammates at training Tuesday and plans to fly to Moscow to sign a contract.

Local media has reported that FC Moscow will pay $12 million (EUR 8.7 million) to sign Moralez. He will receive $5 million (EUR 3.6 million) of that amount and is expected to agree to a three-year contract.

Moralez showed his ability to beat defenders as Argentina won its sixth under-20 world title, beating the Czech Republic 2-1 in the July 28 final in Canada.

He had five goals in the tournament, second only to teammate Sergio Romero as highest scorer.

Moralez has scored eight goals in 53 matches for Racing, which last won a first-division title in the 2001 Apertura season.