David Beckham has sold out Robert F. Kennedy Stadium. Whether he plays there is yet to be determined. 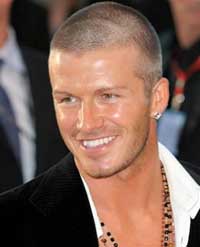 All 45,000 tickets have been sold for Thursday night's game between the Los Angeles Galaxy and D.C. United. Most were sold long before fans realized the severity of an ankle injury that has kept Beckham from making his competitive debut with the Galaxy.

Beckham sat on the bench but was not in uniform for the Galaxy's 0-0 draw with Toronto FC on Sunday night. He also missed all three of the Galaxy's U.S.-Mexico SuperLiga games and has appeared only as a late substitute in an exhibition against England's Chelsea on July 21.

Galaxy coach Frank Yallop said Sunday it was too early to tell whether Beckham will play Thursday. The Galaxy will arrive in Washington on Tuesday and practice at RFK on Wednesday.

The crowd will be the third largest to watch a Major League Soccer game at RFK. A record 57,431 watched United win the MLS Cup in 1997, but the stadium's capacity was reduced in 2005 to accommodate the Washington Nationals baseball team.