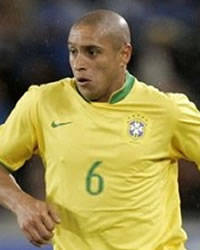 Madrid stepped up the pressure on the leader by beating Sevilla 3-2 last weekend and climbing into second place, just two points behind.

If the rivals finish the season level on points, Madrid will be crowned champion for the first time in four years because of better head-to-head results.

Barcelona knows it can keep Madrid at bay by winning all remaining five games, the first of which is on Sunday against struggling Real Betis.

"We have no margin of error. We can't afford to draw or lose a match if Madrid wins all its games. We have to use all our power to win five finals and lift the title," Barcelona midfielder Xavi Hernandez said.

Coach Frank Rijkaard's team, which is also challenging to win the Copa del Rey, should overcome Betis on current form.

Winless in eight games, the visitors are only five points above the relegation zone.

In contrast, Barcelona boasts the league's only unbeaten home record this season, with 13 wins and three draws at Camp Nou.

"We're at a stage where everything is working out. We're confident, team spirit has improved and we have the belief we can play well and win," Madrid left back Roberto Carlos said. "Barcelona is strong but not like last season."

Roberto Carlos, who will end an 11-year stay with Madrid at the end of the season, is expected to return to the team on Saturday following injury.

David Beckham, who is also departing, will miss the game through suspension. This leaves the former England captain with just four games to play before he joins the Los Angeles Galaxy in August.

Robinho will also be absent after being sent off for his exuberant celebrations for scoring Madrid's second goal against Sevilla.

Midfielder Moises Hurtado says Espanyol won't be distracted by the prospect of lifting the first European trophy in its history when it faces Madrid.

"We have to compete and we're going to Madrid to win. We won't be holding back. That would be the worst thing because it softens you up," Hurtado said.

Sevilla's defeat at Madrid left it four points off the lead but midfielder Enzo Maresca says his team could still win three trophies this season. As well as the UEFA Cup, Sevilla has already reached the final of the Copa del Rey.

"I tell people this is not the time to lose heart. We still have a chance in the league and the defeat won't change our plans. There are 15 points to play for," Maresca said.

On Saturday, Sevilla hosts seventh-place Recreativo Huelva, which is in contention for a debut in European competition next season.

Sevilla will be without strikers Luis Fabiano and Javier Chevanton together with defender Aitor Ocio, all suspended following last weekend's match in Madrid. Coach Juande Ramos may make further changes with a view to Wednesday's game at Hampden Park.

Lying six points behind Barcelona, Valencia's hopes of a third title in six years may have all but vanished.

However, coach Quique Sanchez Flores' team is still aiming for a top-four finish and a place in next season's Champions League together with Barcelona, Madrid and Sevilla.

Zaragoza, a further four points adrift, also harbors the same ambitions although its hopes could be dashed if it loses at Mestalla stadium.

Other 34th-round games this weekend are: Getafe vs. Atletico Madrid; Gimnastic Tarragona vs. Real Sociedad; Celta Vigo vs. Levante; Osasuna vs. Villarreal; Racing Santander vs. Mallorca; and Athletic Bilbao vs. Deportivo La Coruna.