Sharapova to quit tennis career to start family and have children

One of world’s biggest tennis stars, Maria Sharapova, said she would probably decide to put an end to her fabulous tennis if she loses the motivation for the game of tennis. Moreover, Sharapova said that she was harboring family plans. The 19-year-old star said she eagerly wanted to win more Grand Slams, although she also wanted to settle down, start a family and have children. 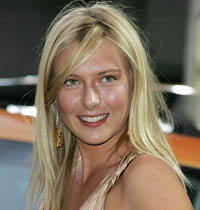 Sharapova to quit tennis career to start family and have children

Sharapova, who made the semi-finals for the second time in Melbourne last year despite carrying an injury, said she wanted to maintain the momentum built up with her US Open win last September.

"I'm just ready to take it to the next level, hopefully get to the final or win it," she said.

"I'm glad that I could take the confidence that I played with at the (US) Open and take it through the end of the year, and hopefully start with that."

The Florida-based teen ended 2006 ranked a career-best world number two after a 19-match winning streak that was only ended by Belgian Justine Henin-Hardenne in the last tournament of the season.

She has had relatively little preparation heading into Melbourne, limiting herself to the Champions Challenge in Hong Kong, where world No.5 Clijsters beat her in the final.

"I always like to take a week off with just training before a Grand Slam," she said. "That's worked for me pretty well. I don't think I could physically play four, five matches and in two days start a two-week Grand Slam. I just don't think I'm ready for that yet."

Sharapova said her status as top seed would give her opponents extra motivation at the Australian Open, where she faces France's Camille Pin in the first round, AFP reports.