Sandro Salvadore, a Juventus and Italy defender in the 1960s and 70s, died overnight, the club announced Thursday. He was 67. 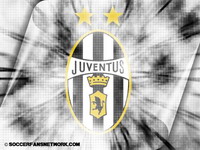 Juventus did not provide the cause of death.

"He was a champion with a lot of class," Juventus president Giovanni Cobolli Gigli said. "He was a real force; very tied to the bianconeri colors. His death pains us profoundly and we are close to his family. We will miss captain Billy."

Salvadore joined Juventus in 1962 from AC Milan and led the Turin club's defense for 12 seasons. He also liked to participate in attack, and scored 17 goals in 450 appearances with Juventus, reports AP.

Salvadore won five Italian league titles two with Milan and three with Juventus and one Italian Cup with Juventus. He appeared 36 times for Italy and was a starter on the 1962 and 1966 World Cup squads. He also was a member of the Azzurri side that won the 1968 European Championship.