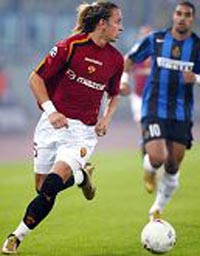 Player agent Olivier Jouanneaux was banned by FIFA for six months for his involvement in the unauthorized move of defender Philippe Mexes from Auxerre to AS Roma in 2004.

World soccer's governing body said Monday it had upheld the decision in February to suspend Jouanneaux's license for six months and impose a fine of 50,000 Swiss francs (US$41,000; Ђ32,000).

Jouanneaux had initially lodged an appeal with the Court of Arbitration for Sport, but later withdrew it and accepted the sanctions.

The French international was found guilty of a "unilateral breach of contract" earlier this month and was banned for six weeks starting Sept. 12.