Two-time Olympic champion, pole vaulter Yelena Isinbayeva of Russia, said that her application for the participation in the Olympic Games-2016 was rejected. 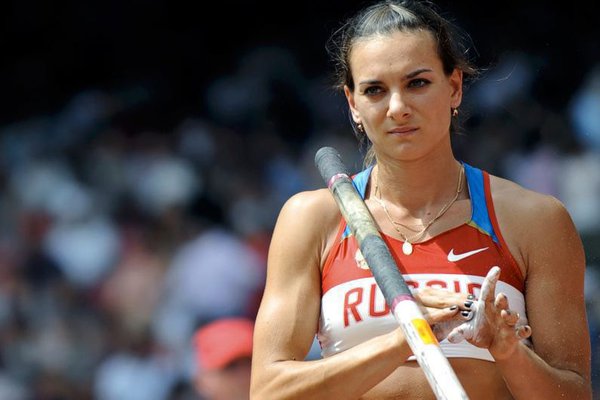 Isinbayeva has not confirmed whether she allegedly did not submit an individual application to the International Association of Athletics Federations (IAAF). In her Instagram, Isinbayeva wrote: "20 minutes ago I received a negative answer from the Secretary of the IAAF. Unfortunately, they did not make me an exception. I'm not allowed to take part in the OG in Rio. The miracle has not happened. Thank you all very much for your support, thank you!"

The meeting of the Court of Arbitration for Sport (CAS) in Lausanne on July 21 dismissed the claim from the Olympic Committee of Russia and 68 Russian athletes to the IAAF. Only long jumper Darya Klishina was allowed to perform in Rio.

Yelena Isinbayeva said during her meeting with Russian President Putin in the Kremlin that those Russian athletes, who were allowed to the Games, should outdo all other competitors, so that people hear nothing but the Russian anthem.

"Today we have come across lawlessness and injustice from the people who do what they want. Russia needs to make the whole world shudder and let the Russian anthem play during the Rio Games non-stop," said Isinbayeva.

Yelena Isinbayeva could hardly hold back her tears as she was speaking before other athletes during the meeting with Putin in the Moscow Kremlin. As she started speaking, she paused and covered her face with her hands in an attempt to control her emotions. She said during her speech that the IAAF treated the Russian athletes too roughly as all of them dedicated years of their life to prepare for the Olympic Games, but the dream was taken away from them in a rude, insolent manner.