Brazil may lose the right to hold World Cup 2014 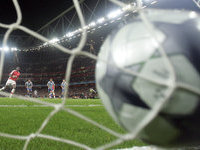 Brazil may lose the right to host the matches of the FIFA World Cup in 2014 due to delays in the construction of a new stadium in the city of Sao Paulo. This statement was made by the International Federation of Football Association (FIFA). According to the original plan, the stadium is to be finished by December of this year, but it is expected that the works will last before February 2014.