Beckham to be loudly Booed by Crowd Being Introduced Before Game

England international David Beckham found the criticism too much to take in his first home game back with Los Angeles Galaxy, which came against, of all teams, AC Milan on Sunday. The 34-year-old tried to hurdle a barrier to get to a group of fans who had been jeering him throughout the match and appeared to make a "come on" gesture. Security had to hold the star back as he tried to get across to the supporters, while one fan had to be stopped from getting out of the stand to confront the star, ESPN reports. 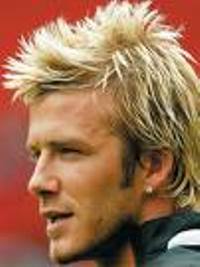 Beckham to be loudly Booed by Crowd Being Introduced Before Game

Meanwhile, Beckham was loudly booed by the crowd when he was introduced before the game, the first time he touched the ball, and when he took his first corner kick in Sunday's exhibition game between the Los Angeles Galaxy and Italy's AC Milan at The Home DepotCenter.
However, Beckham finally got some love from Galaxy fans when his corner kick led to the tying goal in the Los Angeles Galaxy's 2-2 scoring match with AC Milan, Chicago Tribune reports.

Beckham had just delivered a corner kick right in front of the Galaxy's cheering section, known as the Riot Squad, with just seconds remaining in the opening 45 minutes of play and referee Silviu Petrescu then blew his whistle to signal halftime. That's when Beckham got into it verbally with the fan.

"One of the guys was saying things that really weren't very nice and kind of stepped over the line," Beckham said. "I walked over and said, 'You need to calm down.' "