The 18-year-old Henry Surtees was knocked unconscious after being hit by a tire from another car, causing his car to crash into a barrier in the second of the weekend's races at Brands Hatch. 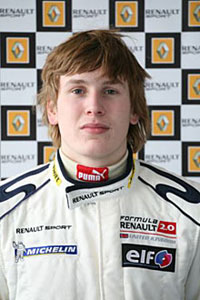 He was airlifted to Royal London hospital, where was later pronounced dead, The USA Today reports.

A spokesman for Kent Police said: "It appears it was a tragic accident."

The race was red flagged while Surtees was removed from the car and taken to the medical centre where he was prepared for his transfer to hospital by helicopter.

A spokeswoman for South East Coast Ambulance Service said it attended the incident at 1.30pm yesterday and a man was airlifted to the Royal London hospital with head injuries, Sky News reports.

Surtees was the son of legendary John Surtees, the winner of four FIM motorcycling world chamionships in the late 1950s, and of the 1964 Formula One world championship - still the only man to win top-level championships on both two and four wheels.

Henry Surtees joined the newly formed Formula Two series after racing mainly in the Formula Renault 2.0 series. Yesterday, he became the first Briton to scored a podium finish in the series. He finished third in Saturday's race one.

"It's a bit of a relief really to pick up the podium! I only have two points so far this season even though we've had a pole in Brno and been fast in the other rounds. It's nice to actually finish a race - I haven't quite been so lucky in the last four races, so it's good to finally get a solid points finish," Henry Surtees commented after his home podium finish yesterday.

His single-seater career started in 2007 in the Formula BMW European series. His first Formula Renault 2.0 ride was in th same year. Last year, Surtees contested two British Formula 3 National class events where he had one win and one other podium finish, Motorsport.com reports.