Former NBA all-star Antoine Walker has been arrested on criminal charges stemming from $822,500 in gambling debts in Las Vegas. 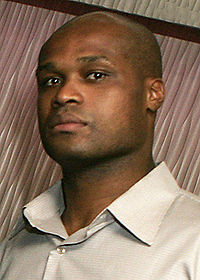 According to local news station KVBC, the 32-year-old baller player had a warrant out for his arrest over $822,000 in gambling debts and faces three felony counts of writing bad check.

Walker reportedly took out ten huge loans from several casinos, all around $100,000 each, most of which has not been paid back. Under Nevada law, casino loans are just like bank checks. If you sign the marker, you owe that money whether you win or lose.

Walker is due in Las Vegas Justice Court on Monday (July 20), BallerStatus.com reports.

In the meantime Walker made no mention of his arrest at the start of play in the American Century Celebrity Golf Championship. His lawyer, Jonathan Powell in Las Vegas, did not immediately respond to messages seeking comment.

Phil Weidinger, a tournament spokesman, said neither Walker nor tournament officials would comment about the arrest, Boston Herald reports.