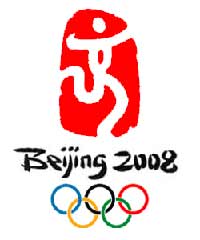 The Fengyun-3 was launched on a Long March-4C rocket from the Taiyuan Satellite Launch Center in northern Shanxi province, the China Meteorological Administration said. The satellite entered its preset orbit 20 minutes later, the administration said in a notice on its Web site.

The new-generation satellite includes three-dimensional sensors that can monitor the Earth's atmosphere and climate. It can also monitor the oceans and polar caps, it said.

It will help China prevent natural disasters and respond to climate change, the notice said.

The 2,295-kilogram (5,060-pound) satellite will help weather officials make more accurate forecasts during the Olympic Games in August. It will also help predict weather during the reconstruction of areas hit by the May 12 earthquake.

China is worried that rain - August is a damp month in Beijing - might ruin the opening night of the Olympics on Aug. 8.

China last launched a weather-forecasting satellite in December 2006, which will also help predict weather for the Olympics.

China's space program is an immense source of national pride, and the country hopes it will help spur the development of commercial satellites. So far, China has been left out of the Western satellite telecommunications market as U.S. rules governing the export of satellite components bars China from using them.

The China Meteorological Administration said the equipment on the satellite launched Tuesday was the same standard as American and European satellites, or in some cases better.

China has a spacewalk scheduled for the second half of 2008 - when Chinese astronauts will leave their spacecraft for the first time. Xinhua reported earlier this year the spacewalk would be broadcast live.

China also sent an unmanned space ship to orbit the moon last year, the first step in a three-stage lunar exploration project. A manned lunar voyage is planned for some time after 2017.