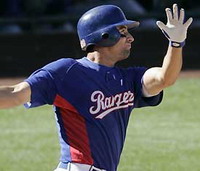 He previously played for the Colorado Rockies, having been acquired from the New York Yankees in the Shawn Chacon trade.

In his rookie season of 2006, Ramírez set a Colorado Rockies record by compiling the longest scoreless streak by a reliever to begin a career. He did not allow a run in his first 15 1/3 innings pitched. His streak ended on May 15, 2006, when Nomar Garciaparra of the Los Angeles Dodgers hit an RBI single scoring Dodger pitcher Brett Tomko from third base.

The Royals were attracted by Ramirez’ stuff, power and pitch-ability and decided to include him at once in their Opening Day roster.