All the allegations against Randy Moss are dropped and the case will probably be soon closed. 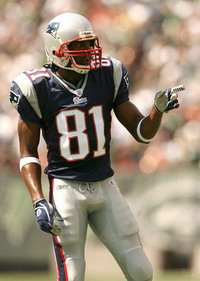 The court has dismissed the restraining order.

An American football wide receiver for the New England Patriots was accused earlier this year of a domestic violence. The victim, Rachelle Washington, 35, claimed that Moss prevented her from seeking medical help after a small accident. Moss did acknowledge the accident, but denied the allegation of prevention.

The court ruled that Moss must stay at least 500 feet from Washington. So read the restraining order.

The unexpected outcome, when Washington acknowledged that the injuries were not intentionally inflicted and when she dropped the charges, pleased the player and spurred him to submit a claim to his insurance company for medical bills for services Washington used for treatment.

Since February Moss has lived with the status of a free agent. While a free agent, there were rumors that the Dallas Cowboys and Green Bay Packers were interested in signing Moss. But on March 3, 2008 Moss decided to return to the Patriots, signing a three-year deal worth $27 million.