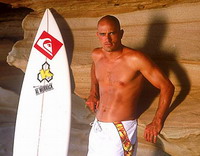 Current successful athletic programs include men's soccer, wrestling, men's swimming, men's golf, women's tennis, softball, fencing and women's lacrosse. From now on Philips will be in charge of this.

Philips is very delighted about the new appointment but will always remember the work at Northern Illinois University.

He will succeed Mark Murphy, who resigned in January to become the president of the Green Bay Packers.