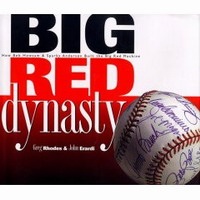 He founded the Denver Broncos, one of the eight charter members of the AFL. (The Howsams and the seven other original owners called themselves "The Foolish Club" for daring to take on the established NFL). The Howsams also built Bears Stadium, which after renovation and expanded capacity became famous as the Broncos' noisy, raucous and perpetually sold-out home from 1960-2001, Mile High Stadium.

The Broncos played in the AFL from 1960-69 and then joined the NFL with completion of the NFL/AFL merger in 1970. Apart from a 7-7 season in 1962, the team suffered from poor results on the field, and the Howsam family sold the Broncos in 1964 to Gerald and Alan Phipps. But it was developing a loyal fan base, and since its first Super Bowl appearance in 1977, the Broncos have become one of the most successful operations in the NFL.

In Cincinnati, Howsam flourished. During his 11 years (1967-77) as general manager, he was one of the key figures (along with his predecessor, Bill DeWitt, and his manager, Sparky Anderson) behind "The Big Red Machine," which got NL titles in 1970 and 1972 and world championships in 1975 and 1976.

Although many of the Reds — such as Pete Rose, Johnny Bench, Tony Perez, Lee May and Tommy Helms — were already in place (or in the organization) in 1966, Howsam boldly promoted young pitchers such as Gary Nolan, Don Gullett and Wayne Simpson to the major leagues. He ensured that the fruitful Cincinnati farm system continued to churn out young position players, such as Dave Concepción and Ken Griffey.

Then, in two masterful 1971 trades, he acquired second baseman Joe Morgan (in a deal that included May and Helms) from the Houston Astros and outfielder George Foster from the Giants. In Cincinnati , Morgan would win the NL Most Valuable Player award in 1975-76 and earn credentials as a member of the Hall of Fame. Foster would hit 52 home runs for the Reds in 1977 — the only player to crack the half-century HR mark in the 1970s or 1980s. The '76 Cincinnati club, which won 102 regular season games, then swept both the Phillies in the 1976 National League Championship Series and the New York Yankees in the 1976 World Series, is usually considered one of the strongest in baseball history.

Approaching his 60th birthday at the close of the 1977 season, Howsam (who had added the title of president of the Reds in 1973) turned over his general manager responsibilities to a longtime assistant, Dick Wagner. But the Reds' success ended when Howsam stepped aside. With the free agent era dawning, and with the Reds' stubborn refusal to play the big-money game, "The Big Red Machine" began to lose key players. Howsam had already traded Perez to the Montreal Expos in the months following the 1976 title. Gullett, Rose and Morgan were allowed to leave via free agency. Nolan developed arm problems. Anderson was fired after the Reds finished second in the NL West in both 1977 and 1978.

Howsam resigned as president in 1978, and Wagner was blamed by many for the team's decline - although Howsam, one of the most conservative voices in the game at that point, surely helped set fiscal policy for the club. Yet Howsam's contributions to the Reds' brilliant successes of 1970-76 could not be overlooked - he even briefly returned to the club presidency in 1983-84, after Wagner's firing - and Howsam was elected to the Cincinnati Reds Hall of Fame in 2004.