Dale Baird was an American thoroughbred horse racing trainer, the most successful trainer in that sport's history. 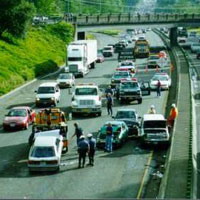 Born in Martinsville, Illinois, Baird was brought up in the horse racing industry by his father, John J. Baird, who was also a successful horseman. He began his career as a jockey riding on local fair circuits, and started to train after he grew too big to continue as a jockey. He won his first race with a horse named New York. Baird-trained horses amassed 9,445 victories over a 46-year career.

The most interesting thing about his winners were that the majority of victories were exclusively at Mountaineer and that he owned nearly all of the horses that he trained. He was the nation's leading trainer, by wins, 17 times and was the first trainer to win 300 races in three consecutive years.

In 2004, he recorded his 9,000th career training victory and was the first trainer in racing history to reach that plateau. He was honored with a Special Eclipse Award by the National Thoroughbred Racing Association (NTRA) in 2005, highlighting the milestone and his whole career.

But his career ended very unexpectedly on December 23, 2007 , when Baird died in a horrific car crash that killed two other people. High winds could have caused the empty horse trailer that he was hauling to tip over, causing Baird to lose control of his SUV.