The top court of Brtiain will hold hearings Thursday to consider a damages claim brought by a victim of a serial rapist Iorworth Hoare, won 7 million pounds (US$14 million; EUR 10 million) in 2004 with a lottery ticket bought while he was on day release from prison. 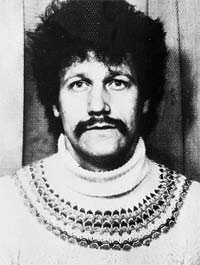 The claimant is a 78-year-old retired teacher who says she still suffers nightmares two decades after she was sexually assaulted. The defendant is her attacker, a multimillionaire lottery winner.

Hoare's huge windfall stands in contrast to the 5,000 pounds his victim was awarded for the attack by the Criminal Injuries Compensation Board. But A's claim has been rejected by lower courts because, under British law, compensation claims for sexual assault must be brought within six years of the crime. On Thursday, A's lawyers were appealing to the House of Lords, the country's highest court, to extend that time limit.

"The law is stacked against her, but she is a very determined woman," said A's lawyer, Damian Crosse.

Hoare attacked A in 1988, one of a string of assaults on women that saw him jailed for long stretches in the 1970s and 80s. He was sent back to prison in 1989 for the attempted rape of A.

Her lawyers said she did not seek compensation at the time because Hoare was broke and facing years in jail.

That changed in August 2004, when Hoare, on day release from prison, bought his winning lottery ticket. An outraged tabloid press dubbed him the "Lotto Rapist" and called for his winnings to be handed over to his victims.

Hoare was freed a few months later and lives under an assumed name in northeast England, where he reportedly collects antiques and modern art. His right to keep the lottery jackpot is not at stake in the court case, although since his win, the law has been changed to ban prisoners on temporary release from buying lottery tickets.

Mrs. A launched her legal bid for damages for assault and psychiatric injury three years ago. Her claim has been rejected by the High Court and on appeal.

"I decided to take this claim forward in order to fight for justice for myself but far more important for others who will also face similar injustice in the face of an unfair and out-of-date legal statute," she said in a statement released through her lawyer.

Legal experts have argued that the existing six-year limit on damages claims should be changed.

In 2001, advisory body the Law Commission said courts should have discretionary power to extend the limit beyond six years. When the Court of Appeal rejected A's claim last year, the judges said the law as it stood was full of "very serious deficiencies and incoherencies." They gave A permission to take the case to the Law Lords - a panel of judges who sit in the House of Lords and form the country's highest appeals court.

A ruling in the case is not expected for several months. The court will determine how much money A receives if her claim is successful, but her lawyer said it was not likely to be a large amount.

"This is incredibly traumatic for her. She's not doing it for the money."