"Adventures of Young Indiana Jones: Volume One" appears on DVD 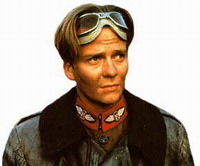 "Adventures of Young Indiana Jones: Volume One" appears on DVD

"The Adventures of Young Indiana Jones: Volume One" arrives on DVD on Tuesday in the United States, the first of three boxed sets gathering all of the character's youthful exploits from the 1990s TV series.

"If Indy just touches on it, sees it or hears about a major historical character, there's a full half-hour documentary on every one of those people," said Rick McCallum, Lucas' producing partner on "Young Indiana Jones."

"History for most kids starts with the release of `Transformers.' There's just no concept of the last century whatsoever," McCallum said. "Kids aren't even aware of World War II. They think the Germans were our allies and Martians were the bad guys."

Along with historians, archaeologists and other scholars, noted politicians, statesmen, military leaders, filmmakers and cultural commentators are interviewed for the documentaries, among them Colin Powell, Henry Kissinger, Gloria Steinem, Barbara Boxer and Martin Scorsese.

The DVD set includes a documentary primer about the realities of Indy's profession, in which archaeologists stress that their work involves painstaking research and excavation, and rarely wild adventure or treasure hunts.

"There's a significant difference between the life of Indiana Jones and what most Egyptologists or other archaeologists do," Kent Weeks, an Egyptologist at American University in Cairo, said in the documentary. "You can't go in there and say, `Today, I'm going to come back with gold and jewels beyond the dreams of avarice."'

Volume Two of "The Adventures of Young Indiana Jones" comes to DVD on Dec. 18, and Volume Three debuts next spring, serving as a buildup to the May 22 release of "Indiana Jones and the Kingdom of the Crystal Skull," the first Indy film in 19 years.

Set in the 1950s, the film reunites Ford with Lucas and Steven Spielberg, who directed the three previous movies. The cast includes Cate Blanchett, Shia LaBeouf, John Hurt, Jim Broadbent, Ray Winstone and Karen Allen, reprising her "Raiders" role as Marion Ravenwood, who has a stormy romantic history with Indy.

Premiering in 1992, "Young Indiana Jones" pulled in only modest audiences, and ABC soon pulled the plug. The network had hoped for a young swashbuckling version of Ford's character, akin to the action-packed prologue featuring River Phoenix as the teenage Indy in "The Last Crusade."

Instead, the show alternated between Indy as a boy, played by Corey Carrier, and a teenager, played by Sean Patrick Flanery, on adventures that were much more subdued and family oriented.

"Young Indiana Jones" lived on in a series of two-hour movies for the Family Channel, and one-hour episodes of the TV show were spliced into feature-length movies, as well.

That is how the three DVD sets package the series, with Indy's adventures presented chronologically from his first journeys with his parents in 1908 through his experiences during World War I and shortly after.

The DVD sets feature 94 documentary segments and undoubtedly will join the six "Star Wars" movies and three "Indiana Jones" films as must-haves for many fans.

"There's a major group, millions and millions of hardcore `Star Wars' and Indy fans. They see both of them as similar. They're totally different worlds, but they see it all as part of the Spielberg-Lucas world," McCallum said.

McCallum, who also produced Lucas' three "Star Wars" prequels, is not actively involved with the new "Indiana Jones" film. But being a Lucas insider, can he share any tidbits about the film, whose plot is secret?