Only compliance with a court order will allow Britney Spears to visit her sons. 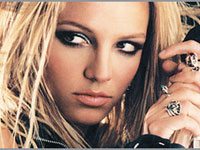 The ruling followed an emergency hearing, the latest in a custody battle between Spears and ex-husband Kevin Federline over their sons, 2-year-old Sean Preston and 1-year-old Jayden James.

The order does not spell out what directives she defied. In the past, Gordon has reprimanded Spears for not complying with previous court orders, repeatedly saying this month's custody order taking her children away resulted from her own choices.

Among other things, Gordon has ordered her to undergo random weekly drug testing after he found there was evidence that Spears engaged in "habitual, frequent and continuous use of controlled substances and alcohol."

She could not visit with her children without a parenting coach present. The coach participated in the emergency hearing Wednesday.

Both parents were ordered to remain sober around their children.

A message left with Spears' attorney, Anne Kiley, was not immediately returned.

A hearing in the matter was scheduled for Oct. 26.