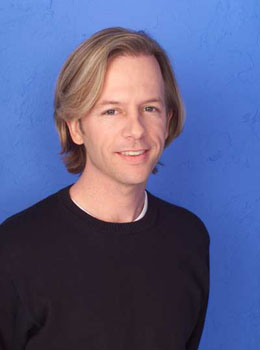 The 43-year-old comedian said that after reading about Officer Nick Erfle's death last month, he was "hit out of the blue" by the shooting and the fact that Erfle had overcome cancer to return to duty.

"I'm from Arizona so I'm always a little aware of things that are going on there," Spade told The Associated Press on Monday. "It just struck me as such a rough situation just because cops in general get kind of a bad rap lately and people forget it is the scariest job out there."

Spade, who stars on the CBS sitcom "Rules of Engagement," said he arranged for a money transfer into a bank account already established for public donations.

He has not spoken with Erfle's family or friends.

Spade said he hopes Erfle's wife was able to use the money for the funeral or other expenses. "I just thought I would throw something in the pile," he said.

Besides his wife, Erfle left behind two sons, ages 5 and 3.