Woody Harrelson stands against oil at conference in Netherlands

Actor Woody Harrelson supported anti-oil activism at a conference in the Netherlands on Thursday. 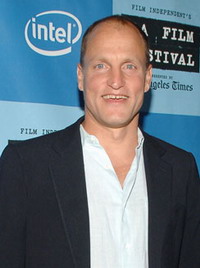 Woody Harrelson stands against oil at conference in Netherlands

"In spite of the fact that there's an increase in awareness of what's going on in terms of polar ice caps melting and just global warming generally...oil companies don't seem to be making much of a change," he said.

Harrelson was at the "Picnic" media and technology conference in Amsterdam, which has a green theme and features a contest in which British billionaire Richard Branson will award 500,000 EUR(US$700,000) to the winning idea for an environmental project.

"Certainly (oil companies) just want to get as much out of the ground and make as much money as possible before they transition into anything else," Harrelson said. "So I still think it's time for some strong activism, especially as it relates to our dependancy on oil."

Harrelson won fame as 'Woody' the bartender on the television program "Cheers" in 1985 and went on to star in films, including "Natural Born Killers," "White Men Can't Jump" and "The People vs. Larry Flynt."

Most recently he has featured as a singing cowboy in Robert Altman's "A Prairie Home Companion," and opposite Keanu Reeves in the animated thriller "A Scanner Darkly."

As an activist, he has advocated legalizing hemp and was arrested in 1996 after scaling the Golden Gate Bridge in San Francisco as a protest to save redwood trees in Northern California. Protesters there were accused of tying up traffic for hours.

He shrugged off criticism that he should stick to acting.

"To me, an artist has almost kind of a better vantage point, certainly (compared to) politicians, who have their corporate people that they're connected to, or to industry, who obviously have their reasons for feeling the way they feel." he said.

"An artist that doesn't have any entanglements, or people helping him decide which way to think, has a pretty clear perspective."