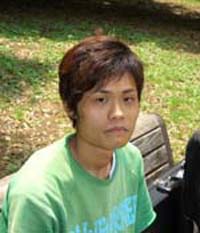 A recent government study showed that more than 5,000 people are thought to sleep in Internet cafes across Japan. This fact has fueled concerns over the plight of poor, young Japanese who live in precarious accommodation to escape the streets.

In its first ever study of a growing group dubbed "Net cafe refugees" by local media, the Health Ministry estimated that some 5,400 people live at least half the week at the 24-hour cafes because they have no permanent home.

Japanese in their 20s make up largest group of Net cafe homeless, many who work odd jobs, according to the study, which surveyed 1,700 overnight customers at 87 cafes in June and July.

A third of the survey's respondents said they lost their home after losing their jobs, and more than 40 percent said they had also experienced sleeping on the street, according to the study.

Many respondents said they found job-hunting difficult because they lacked a fixed address.

"We are just beginning to understand the underlying dynamics," said ministry official Jun Teraoka. "This survey will help us identify and tackle the many labor and welfare issues involved in this phenomenon."

Clients at a typical Net cafe pay as little as 100 yen (86 cents) an hour for a small cubicle equipped with a reclining chair, computer and TV. Many cafes offer free drink refills of soft drinks and some even have showers.

The ministry attributes the rise of Japanese making such cafes their home to the country's ballooning population of young people who hop from one temporary job to the next, thought to number 2 million.

The job-hoppers are a byproduct of the economic crisis that hit Japan a decade ago, as well as a shift in values among younger generations less ready to conform to Japan's more traditional corporate work ethic, analysts say.

Many Net cafe inhabitants rely on their cell phones to arrange day jobs that don't require a fixed address. But the casual nature of the work means such workers often receive minimal wages and no training, social security or health insurance.

Refuge sought by the homeless are not limited to Internet cafes. Many also congregate in all-night saunas and 24-hour fast food outlets, according to the study.

A government survey released earlier this year found about 18,500 people - mostly 40 or older- live on the street in Japan, down 27 percent from a similar survey four years ago.

But analysts say the Net cafe refugees signal the existence of hidden forms of homelessness in Japan not counted in previous tallies, especially among younger people.