Hollywood celebrity Paris Hilton can scratch her next court date from her calendar. 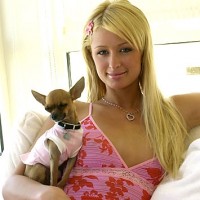 A settlement in a $10 million (EUR 7.4 million) defamation lawsuit was reached Wednesday between the hotel heiress-reality TV star and diamond heiress-actress Zeta Graff.

The trial was set to start Monday.

In the suit, Graff claimed that Hilton spread "vicious lies" about her to the media in 2005.

Both sides reached an "amicable resolution," but the details were kept confidential, according to a statement released by Graff's attorney, Bruce Broillet.

"Both parties are glad that the matter could be resolved without the time and expense of a trial," the statement read.

In the suit, Graff claimed that Hilton spread the lies about her to the New York Post.

The paper reported that Graff - who once dated Hilton's then-fiance, Greek shipping heir Paris Latsis - went "berserk" at a nightclub, tried to strangle Hilton and attempted to steal her diamond necklace.

Graff denied the report and claimed that Hilton said, "I'm going to destroy you" after trying to oust her from the club, according to the suit.

Hilton denied that she was behind the report.

But former Hilton publicist Rob Shuter said in a deposition that Hilton asked him to help plant the story and that he gave the paper comments, dictated by Hilton, that he attributed to himself, Hilton and anonymous sources.