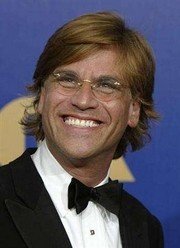 The man behind "The West Wing" and "Studio 60 on the Sunset Strip" will return to Broadway this fall with "The Farnsworth Invention," his new play about the birth of television.

"The Farnsworth Invention" deals with the invention of television and the battle between a young inventor and David Sarnoff, head of the Radio Corporation of America. Azaria will play Sarnoff. Simpson will portray his youthful competitor, Philo T. Farnsworth.

Sorkin's last Broadway play was "A Few Good Men," starring Tom Hulce and Stephen Lang, in 1989. Azaria was recently seen on Broadway in "Monty Python's Spamalot." McAnuff, director of the Tony-winning "Jersey Boys," has run California's La Jolla Playhouse, and, beginning with the 2008 season, will be one of three artistic directors at the Stratford Festival of Canada. He will direct "Romeo and Juliet" there next summer.