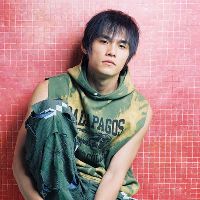 Jay Chou says he likes directing more than acting for being at the helm of a movie gives more control.

He has since moved on to directing and is about to release his first movie. "Secret," scheduled to hit movie theaters in late July, follows a student played by Chou as he unravels the mystery behind his love interest's sporadic attendance at school.

Chou said in an interview with Ming Pao Weekly published over the weekend that he prefers directing to acting.

"As an actor, I have to listen to the director, even though I may not like the way I have to perform. As a director, I'm very clear on what I want, so I feel more confident," he was quoted as saying.

"As an actor you have to be a very good chess piece for others to play with. I prefer to control others," Chou reportedly said.

The 28-year-old singer-songwriter also said his interest in movies stemmed from making music videos and that he still feels most confident composing music.