A welder in western China was killed when a mobile phone battery exploded in his chest pocket, state media said Wednesday. 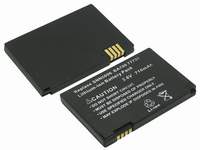 Xinhua quoted Bai Shixiong, an official with the county public security bureau, as saying a Motorola cell phone in Xiao's chest pocket suddenly exploded, and he died at a local hospital after emergency treatment failed.

However, a Beijing spokesman for Schaumburg, Ill.-based Motorola Inc. said it was "highly unlikely" that one of the company's products was to blame and questioned whether the man was using a fake Motorola cell phone or battery.

"We are aware of an accident that occurred in Gansu at a welding operation," said Yang Boning, a press officer for Motorola in Beijing. "Up to now, preliminary evidence suggests it is highly unlikely that a cell phone caused this accident. We are working with the Chinese authorities to determine and investigate the root cause."

A team of Motorola employees was in Gansu to help local authorities investigate, he said.