A former sales representative for Mantra Films Inc. and Girls Gone Wild has filed a sexual harassment lawsuit against their founder, Joe Francis. 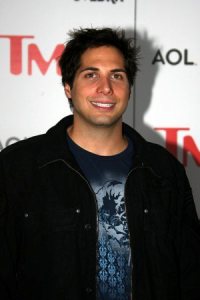 Tranae Hammond claims in the lawsuit filed Monday in Los Angeles Superior Court that she was the victim of repeated acts of sexual harassment by a supervisor named Ron and was fired after coming forward.

Francis, who makes an estimated $29 million (EUR21.3 million) a year from videos of young women exposing their breasts and being shown in other sexually provocative situations, was not accused of any direct sexual harassment.

The lawsuit alleges he improperly managed the companies and took no steps to investigate or take preventative action against Ron's alleged actions. Ron's last name was listed as "unknown" in the lawsuit.

Francis, 34, is in jail in Reno, Nevada, in a federal tax evasion case. He was taken into custody May 14 in Florida after serving a criminal contempt sentence in a separate civil matter.

An e-mail message to a media representative for Mantra Films was not immediately returned Tuesday.

According to court papers, Ron touched and massaged Hammond's shoulders and arms, frequently spoke about sex in front of her, and on at least one occasion "tapped (her) buttocks with a clipboard." The actions resulted in creating a hostile work environment, the lawsuit said.