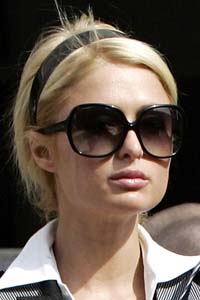 Paris Hilton left jail Tuesday after a bizarre, three-week stay in which the hotel heiress was briefly released to her Hollywood Hills home, then sent screaming and crying back to a county lockup.

The 26-year-old walked out of the all-women's jail in Lynwood to an enormous horde of cameras and reporters after midnight. It wasn't immediately clear where Hilton was headed.