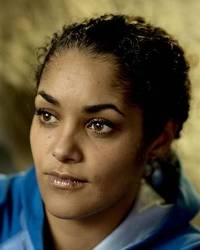 Natasja Saad died in the accident when the car she was traveling in crashed into a utility pole.

Her friend Karen Mukupa survived the crash in Hellshire, on the outskirts of Kingston, according to the musician's mother, Kristine Saad.

Known by her first name, Natasja made her Danish breakthrough in 1990 when she formed the reggae band "No Name Requested" with Mukupa. Her first solo rap album was scheduled to be released in August.

Two men in the car were hospitalized in serious condition. It wasn't immediately clear who had been driving, the constable said.