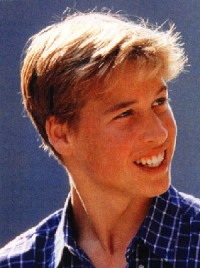 Prince William turned 25 on Thursday and got the part of inheritance left by Princess Diana.

William, who is second in line to the throne, gains access to the interest and other income accrued on the 6.5 million pounds (US$13 million; Ђ9.7 million) he was left by his mother, who died in a Paris car crash in 1997.

Harry, 22, William's brother, will gain access to a similar amount when he turns 25. Under the conditions of Diana's will, the brothers gain access to the capital sum when they turn 30.

William and Harry are both second lieutenants in the British army, earning salaries of about 22,000 pounds (US$44,000; EUR33,000) a year. They also receive money for accommodation and other expenses from their father, Prince Charles.

Now that he is 25, William also can marry without the consent of his grandmother, Queen Elizabeth II - but no royal nuptials are on the horizon. William and his long-term girlfriend, Kate Middleton, announced in April that they had split.