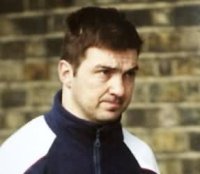 A life-term prisoner charged with killing a British television personality won the chance for a second appeal of his conviction Wednesday.

The Criminal Cases Review Commission said it has referred Barry George's case to the Court of Appeal after "a thorough and intensive review" that questioned firearms discharge evidence used by the prosecution at George's original Old Bailey trial.

George was convicted in July 2001 of killing Jill Dando and sentenced to life imprisonment. The Court of Appeal dismissed his first appeal in July 2002. But lawyers then launched a new bid to clear his name.

Commission chairman professor Graham Zellick said Wednesday the Court of Appeal would now decide whether the new evidence warranted the conviction being quashed and a new trial held.

The Court of Appeal is required to hear the appeal only on the grounds specified by the commission, but George can seek permission to argue other points.

Dando, 37, a British Broadcasting Corp. TV presenter on shows such as "Crimewatch UK," was fatally shot in the side of the head at close range outside her apartment in London in April 1999, and police mounted a high-profile hunt for her killer.

After his arrest, police said George had shown signs of becoming obsessed with public figures.

In 1983, he was arrested in combat gear outside the London home of Princess Diana, carrying rope and armed with a knife. At Diana's funeral in 1997, he held up a poster dedicated to his "Queen of Hearts" and signed the placard "Barry Bulsara, Freddie Mercury's cousin." Mercury, lead singer of the pop group Queen, died of AIDS in 1991.

Detectives searching George's apartment after Dando's slaying found registration numbers of two of Diana's cars and said he may have switched his obsession to Dando, a strikingly similar blonde.