College students earn spending money in creative ways.Allison Yochim has made more than $3,000 (EUR2,250) during her college years by participating in more than 30 medical studies at several of world-class research hospitals. 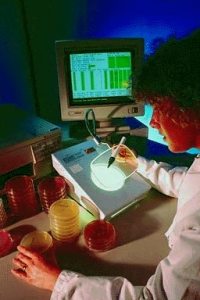 Researchers here can tap into a pool of about a quarter-million college students many hungry for spending money to find willing participants for scientific studies.

For some students, including Yochim, there are enough opportunities to rival a full-time summer job.

During one recent study on female sexuality, Yochim answered a survey of deeply personal "bedroom" questions. Then, while hooked to an electronic device, researchers measured her body's response while she watched a computer screen flashing a sequence of National Geographic-like nature images spliced with graphic pictures of a sexual nature.

Boston's subway cars and buses are plastered with advertisements soliciting volunteers for medical research. A glance through college newspapers or free weeklies reveals classified ads promoting studies on everything from HIV vaccine trials to cocaine addiction to restless legs and severe PMS.

"It's a win-win for college students and a win-win for the greater Boston area when these studies are ethically done," said Dr. I. James Hudson, a member of a board that supervises medical studies at Harvard's McLean Psychiatric Hospital. "We know how to do research here, so there's an assurance that the research will be done by some of the leading people in the world."

Hudson said many hospitals offer dozens of "pen and pad" studies that have few risks and requirements. The studies, often supervised by graduate students or staged over a few hours, are perfect for "psych 101 students" or students looking to earn quick cash.

There also are research projects that require volunteers with serious medical conditions like diabetes or schizophrenia. Others, like widely advertised sleep deprivation studies, pay thousands of dollars, but also force participants to stay many nights in the hospital for observation, Hudson said.

He said there are myriad federal guidelines regulating testing on humans and all universities and research hospitals must establish review boards to make sure they are followed. Still, a glance through the ads does yield several bizarre and scientifically specious experiments.

"There's a lot of marginal studies out there. There really are," he said. "A lot of the things you see in scientific journals, you sometimes scratch your head. They either seem self evident or so obscure, you wonder why did they do this?"

Graduate student Scott Bressler said his university-funded study of the "Cocktail Party Effect" would be impossible without a supply of meagerly paid, college-student volunteers.

Participants earned $10 (EUR7.50) to spend one hour in a soundproof booth while wearing headphones that played a different voice into each ear: one repeating five digit sequences, the other garbling non sequiturs and gibberish.

Bressler hopes the study will lead to a better understanding of how an individual focuses on a particular stimulus.

"It's amazing what they'll do for 10 bucks," he said of the volunteers. "I almost feel bad for them."

Rebecca Kazhdan, a 20-year-old Boston University student, said she was hard-up for money during her sophomore year when she saw an advertisement offering $50 (EUR38) for blood donors. The company, a clearinghouse that provides blood samples for medical research, called her back three more times this school year.

She said she spent most of her earnings on shopping.

"I guess, there a lot of medical places in Boston that need us," she said. "And, no one is willing to give up their time like college students."