Church groups and opposition warn that the fact that Western Australia's attorney general welcomed the country's first adoption by a gay couple Thursday could sideline children’s rights in the push for equality. 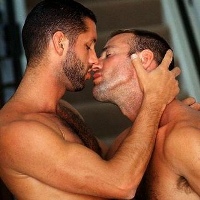 Western Australia and the Australian Capital Territory are alone among Australia's eight states and territories in allowing same-sex partnerships the same adoption rights as heterosexual couples. Nationwide, however, individuals - gay or straight - have had the right to adopt children for years.

"I don't think a person's sexual orientation in any way at all influences or determines their capacity to love a child, to support that child and to bring it into a caring environment," McGinty told reporters Thursday.

Ghassan Kassisieh, spokesman for the Sydney-based Gay and Lesbian Rights Lobby, which is campaigning for equality under adoption laws, welcomed the news, saying it was Australia's first adoption by a same-sex couple.

Opposition lawmakers and a church group accused the government of pandering to minority groups and not considering the children's rights.

McGinty said the baby boy's mother had approved the state's choice of adoptive parents, although she did not know the men.

The government has not released the identities of any of the parents or the child.