The Academy of Motion Picture Arts and Sciences has ruled that a best-picture Oscar winner can have more than three producers in "rare and extraordinary" circumstances, it announced Wednesday. 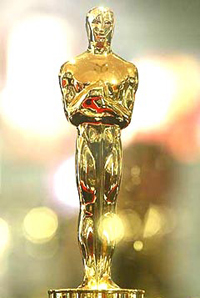 The change was the most significant of what President Sid Ganis characterized as "a small number of refinements" in the rules approved Tuesday for the 80th Academy Awards.

The Academy imposed a rule in 2000 that limited each nominated film to three credited producers who could claim statuettes.

That limit led to bickering and lawsuits from people who felt they were denied credit - and Oscars.

Bob Yari sued the Academy and the Producers Guild claiming he was wrongly denied a producer credit for "Crash," which won best picture in 2006. Brad Grey, now chairman of Paramount Pictures, missed out on his producing Oscar for this year's best picture, "The Departed."

While the rules still say that "three or fewer producers who have performed the major portion of the producing functions" will be considered eligible nominees, it adds a provision allowing the Producers Branch Executive Committee to "name any additional qualified producer" in "what it determines to be a rare and extraordinary circumstance."

"It's very important to have a limit on the number of producers who can be nominated and potentially receive an Oscar statuette," Ganis said. "But we also recognize that a truly unique situation could arise, and we want to have just enough flexibility to allow for that rare occurrence."

Other approved changes include the definition of an animated feature film, which must be at least 70 minutes long and use a frame-by-frame technique to create characters' movements, and that two production designers or set decorators could be nominated for their art-direction work on a given film.