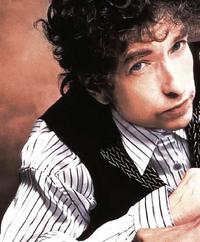 Bob Dylan, the U.S. singer and songwriter has won Spain's Prince of Asturias arts award, one of the most prestigious in the country, the prize foundation confirmed Wednesday.

With some 50 recordings to his name, Dylan, 66, has been one of the most influential popular music artists in recent decades. He is regarded by many as a poet and is frequently mentioned as a candidate for the Nobel literature prize.

Born Robert Zimmerman in Duluth, Minnesota, Dylan has won many awards for his work. His most famous hits include the 1960s anti-war and civil rights protest ballads "Blowin' in the Wind" and the "The Times They Are a-Changin," the rock songs "Like a Rolling Stone" and "All Along the Watchtower."

In 2004, Bob Dylan was ranked No. 2 in Rolling Stone Magazine's 100 Greatest Artists of All Time, second to The Beatles. His most recent recording, "Modern Times," entered the U.S. album charts at No.1 a week after it was released in 2006.

Eight Prince of Asturias awards are given annually in categories such as arts, science, sports and humanities to Spaniards and foreigners alike.

They are announced during the year and presented each fall in the northern Spanish city of Oviedo, capital of the Asturias region.