In the movie "Election," Hong Kong actor Tony Leung Ka-fai plays a ruthless gangster who packs two of his enemies in crates and kicks them down a mountain. 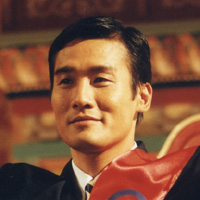 In real life, he's also been accused of thuggish behavior in an assault case that has dragged on for more than four years.

Leung, best known to Western audiences for playing a businessman who has an affair with a young schoolgirl in "The Lover," pleaded guilty to drunk driving and assault after he attacked a bus driver whose vehicle collided with Leung's car in November 2002.

In the latest development in the case, Hong Kong High Court Judge Darryl Saw this week ordered Leung to pay nearly 40,000 Hong Kong dollars (US$5,123; euro3,788) in damages to the bus driver, Chong Pui-kin - but the judge also found that Chong had exaggerated his injuries.

In a statement included in Saw's ruling, Chong's supervisor, Kwong Kwok-chun, says that after the collision in 2002, he saw Leung hit Chong's face, the back of his head and a third time an unspecified part of his body. Kwong said that he tried to stop Leung, but that the actor broke free.

Saw ordered Leung to pay Chong damages to cover what the judge called "superficial injuries and a minor back sprain," and the loss of pay from Chong's resulting absence from work. Chong had originally sought damages of more than HK$3 million (US$384,188; euro284,081).

However, Saw questioned Chong's claims that Leung's attack on him aggravated an existing spine injury that prevents him to keep working as a bus driver.

The judge noted three doctors have concluded Chong is healthy enough to work as a driver again.

An assistant to the actor said Leung was working and unavailable for comment.