Princess Diana's sons have urged a British television channel not to use photographs of her fatal car crash in a forthcoming documentary, royal officials said Tuesday. 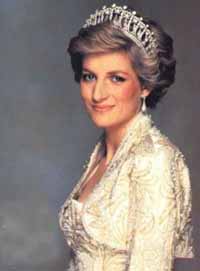 Prince William and Prince Harry believe that using the photographs would be a "gross disrespect to their mother's memory," Clarence House announced.

Their views were conveyed to Channel 4 television in a letter by their private secretary, Jamie Lowther-Pinkerton, Clarence House said.

The documentary, "Diana: The Witness in the Tunnel," is scheduled for broadcast on Wednesday. The princess and her boyfriend, Dodi Fayed, died along with their chauffeur in a car crash in Paris on Aug. 31, 1997.

Clarence House said the princes decided to go public because Channel 4 had not responded to their letter.

"As of this morning, Clarence House had not received a reply from Channel 4," a statement said.

"In publishing the letter, the princes reluctantly feel that they have been left no choice but to make it clear publicly that they believe the broadcast of these photographs to be wholly inappropriate, deeply distressing to them and to the relatives of the others who died that night, and a gross disrespect to their mother's memory."

Channel 4, reacting to criticism in the press, has defended the documentary as "a well-made and responsible documentary."

"C4 has carefully and sensitively selected the pictures used in the program," the company said.

"These photographs are an important and accurate eyewitness record of how events unfolded after the crash.

"We acknowledge that there is great public sensitivity surrounding pictures of the victims and these have not been included. Some photographs will be of the scene inside the tunnel but in none of the pictures is it possible to identify Diana or indeed any of the crash victims.

"We do not show, nor have we ever considered showing, Diana's final moments."