Japan at higher risk of disaster amid aging, more skyscrapers and underground malls 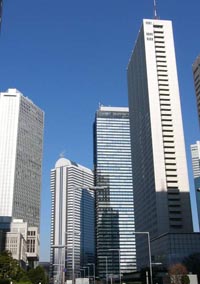 Japan at higher risk of disaster amid aging, more skyscrapers and underground malls

While earthquakes are a primary disaster concern, Japan has also suffered from increasingly abnormal weather over the last decade, resulting in a record number of storms, flooding and tornadoes, said the Cabinet Office report.

"In addition to growing risk of natural hazards, our society has become more vulnerable to disasters," the disaster prevention white paper said.

Densely populated cities are crowded with high-rise buildings and apartments that are at higher risk in earthquakes and storms. Proliferating underground shopping malls are also vulnerable to quakes and flooding, the report said.

The growing percentage of elderly in the population also presents rescuers with more people likely to be hurt in a disaster, coupled with fewer able-bodied who can help them.

"There is a growing number of elderly people who need special care in time of a disaster," the report said. "There is a concern Japan's disaster prevention capability may be declining."

The report called for awareness-raising campaigns, more active participation in disaster prevention activities by companies, and research and development of earthquake and tsunami alert technologies.

The government has prepared low-interest loans for businesses and investment aimed at disaster prevention projects. The report said there is a room for more services through cell phone messaging to send warnings and other information.

While Japan's vulnerability is growing, so is extreme weather.

Over the past decade, the number of torrential rains have nearly doubled and major earthquakes occurred in areas not considered usual danger zones, such as Niigata and Noto in northern Japan.

A magnitude 6.9 quake struck the Noto Peninsula in March, killing one person and injuring more than 200.

Tornadoes are relatively rare in Japan, but in November, the nation's deadliest tornado on record hit the remote northern town of Saroma, killing nine and destroying many houses.

The report said the number of skyscrapers exceeding the height of 100 meters (330 feet) has more than quadrupled over the last 15 years. The number of single elderly households nearly doubled in the last decade.

The report raised concerns about the lack of knowledge about natural disasters and fading memories about major events in the past. Only about 10 percent of residents actually evacuate to higher grounds when tsunami warnings were issued, it said.