Singer George Michael had several drugs in his system when arrested

Singer George Michael, who has pleaded guilty to driving while unfit, had several drugs in his system when he was arrested. 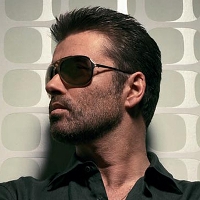 Singer George Michael had several drugs in his system when arrested

Tests showed 43-year-old singer had taken a therapeutic quantity of an antidepressant as well as gamma-hydroxybutyrate, or GHB, often called the "date-rape drug" because it leaves people groggy and powerless, Prosecutor Andrew Torrington told Brent Magistrates Court in London.

Michael, who was not in court on Wednesday, pleaded guilty on May 8 to driving while unfit due to drugs. He said his condition was caused by "tiredness and prescribed drugs."

The former Wham! singer, whose real name is George Panayiotou, was arrested in the early hours of Oct. 2 after police responded to complaints that a car was blocking an intersection in North London. Police said he was found slumped over the wheel of the car.

Michael's lawyer Michael Grieve told the court a prescription sleeping drug was the most likely explanation for the singer's condition.

The singer said in a television interview on May 19 that he is addicted to prescription drugs and believed the world would be a better place if more people smoked marijuana.

He blamed his erratic behavior to an attention-seeking and "self-destructive" impulse brought on by the death of his mother a decade ago.

The case was adjourned until June 8 for sentencing, the day before he performs at Wembley Stadium as part of his current European tour.