A traveling Georgia minister who served two years in prison on bigamy charges for having eight wives has been jailed again on accusations of trying to marry even more. 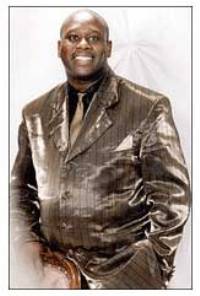 At least four women claim Bishop Anthony Owens, 35, proposed to them after being released from prison in November 2005. Officials say there is no evidence he divorced the eight previous wives.

A judge will decide whether he should go back to prison.

Owens, who turned himself in April 30, had no comment. But his new fiancйes are not keeping quiet.

"He said God gave him a message that he was going to move my family to California for a better life," Ward said. "I gave up my apartment. I took my children out of school. He said he is a real man of the Lord. But he is just a mess. I hate the day that I met him."

Owens has said he did divorce some of the wives, but he cannot remember which ones.